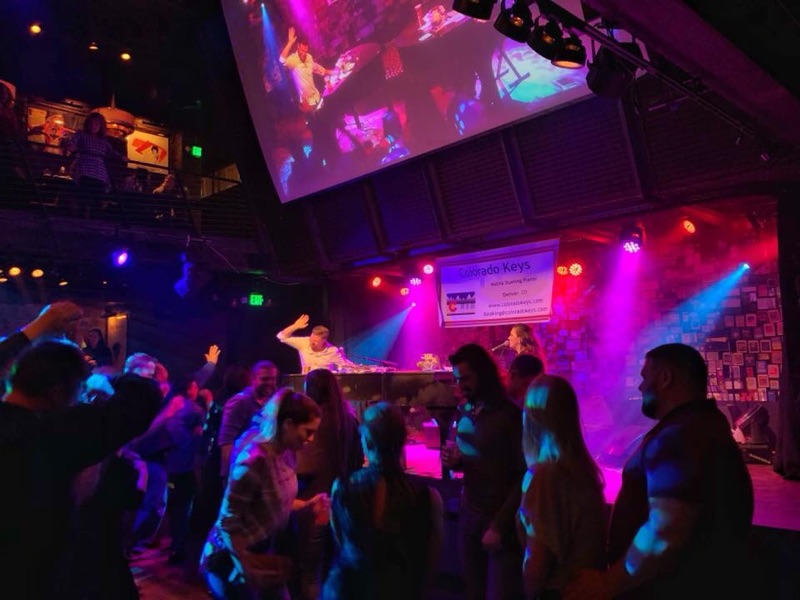 Your next live music event is right around the corner with the help of Colorado Keys Mobile Dueling Pianos!

Based out of Denver, Colorado, our mobile dueling piano show provides interactive, lively entertainment through music to sing and dance along to. We have taken the dueling piano club experience on the road, traveling to anywhere in Colorado and several neighboring states.  You request the songs, we play them!  Once the party starts, we encourage crowd participation.  A kick-line to Frank Sinatra,  an audience singing battle to Sweet Caroline, or a dance-off to Justin Timberlake, anything can happen when you BOOK Colorado Keys!  Let us ROCK your next

for a live music experience you will never forget! 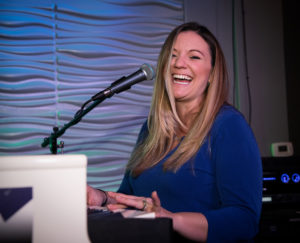 Amy Tuck grew up in a small town in Ohio and studied music at CSULB.  She has since performed in Los Angeles, Las Vegas, Houston, Singapore, Kansas City, and finally Denver where she is extremely happy to call home.  After playing for numerous clubs and moving from city to city, she met her husband John, and together they created Colorado Keys. 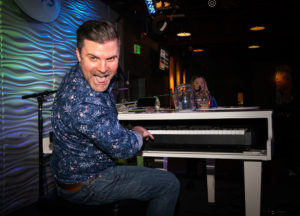 John Tuck studied music all through college at the Chicago College of Performing Arts and University of Kentucky.  He was a member of the U.S. Navy’s premiere contemporary music ensemble The Electric Brigade until taking a job as the Assistant National Entertainment Director for live music venue chain Howl at the Moon where he met his wife Amy.  They have since formed Colorado Keys together and thrill audiences all over the U.S. 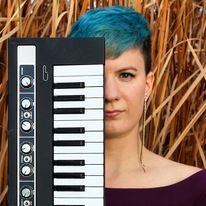 Pamela Machala grew up in a musical family and started piano at the age of 5. She continued her studies at Oberlin Conservatory and Eastern Illinois University, and honed her dueling piano chops working at the Denver location of Howl at the Moon from 2015-2018. Now a freelancer and award-winning singer/songwriter who fronts the Pamela Machala Band, she can be found performing all over Colorado’s Front Range. 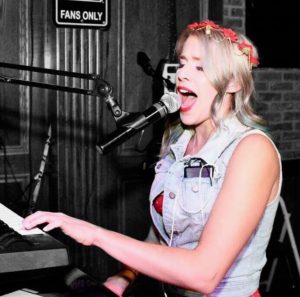 Sami Davis is a Denver grown professional singer, multi-instrumentalist, and entertainer whose passion for music began at an early age.  She began playing harp and piano around 8 years old but didn’t truly pursue music until she was 19.  She has been striving to better herself as a musician, in part by receiving a degree in Audio Production from the University of Colorado, Denver.  Sami worked as a full-time musician at Howl at the Moon (an all request dueling piano bar) in downtown Denver from 2014 to 2018. She has since wanted to play other venues and began working for a number of other dueling piano clubs and Colorado Keys.  During her time at Howl she became the lead vocalist for a local band called Rocket Surgeons.  Their video titled “Broccoli” became viral, bringing international success and recognition to the band.

Mike Cappo is an accomplished piano player, percussionist, vocalist, and entertainer who has performed across the United States. For almost three decades, he’s been entertaining the self-medicated proletariat of Detroit, Omaha, Phoenix, Los Angeles, Oklahoma City, New Orleans, San Diego, and a whole bunch of other cities you haven’t heard of. Mike’s mix of comedy, crowd interaction, superb musicianship, and vocal versatility provides an unforgettable experience for the audience. In his spare time, Mike enjoys writing, composing, and spending time with his beautiful wife, Sarah, and their three rescue dogs. Mike lives in Boulder, CO with his aforementioned wife, dogs, and one very affable father-in-law.